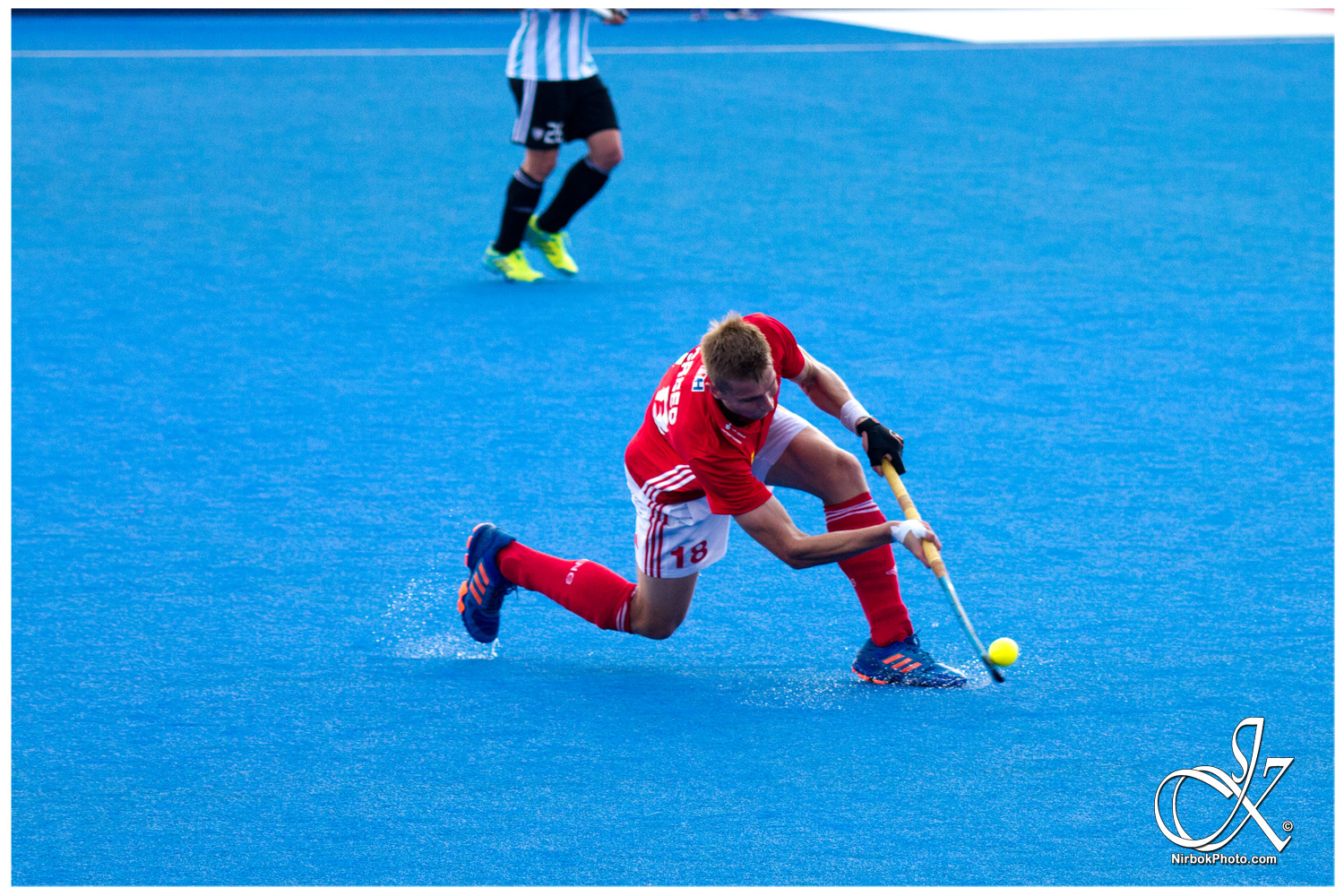 On the hottest day of the year, I had the pleasure of attending the England Hockey HQ to listen to a presentation and watch 2 world class games of hockey at the Lea Valley Hockey Stadium (Part of the 2012 Olympic Legacy) at the Queen Elizabeth Park in the East End of London.

The first game was between India and Pakistan, and India soon took the lead and dominated the game. It was a game where skill and ability were matched with stamina in these really hot conditions.

The half time entertainment was great too. England Hockey have to inflatable hamster wheels, and these were used to race across the pitch. India won this competition too.

in the second game between England and Argentina, the English team came out strong and soon had a 3 point advantage. This was a very tense game and the Argentinians did not give up. Slowly slowly they started to claw back the score and in the end the game ended 3 all. I will give the England Goal keeper credit for keeping this game to a draw, as the Argentinians regularly tested his skills.

I must say England tried hard to give the opposition the game, with silly fouls in the D, resulting in a string of unnecessary penalty corners.

A great game, and well worth the 4 hour round trip to London in the heat.

One of the key drivers to making hockey a success is engagement. England Hockey are looking at ways to engage schools in the sport.

Hockey is one of the few sports that really benefited from the 2012 Olympics and is the biggest mixed sport in the country when it comes to engaging youngsters of all abilities.

Clubs are encouraged to make contact with local schools and work with these schools in creating opportunities for the sport of hockey to be played and enjoyed.